Built on the site of a sinking bungalow, this contemporary home has incredible vistas across the Broads

As a child, architect Patrick Michell loved messing around on the water. His grandfather, who had served in the navy, retired to Old Hunstanton in north Norfolk, so Patrick’s family would come up and visit, spending time by the coast. Such fond memories played a part when Patrick and his wife Claire, also an architect, started to think about building a holiday and weekend house for themselves and their own young children, Rae and Margo.

“The water and the idea of messing around with a dinghy were a massive draw,” says Patrick, founder and principal of Platform 5 Architects. “There was a bit of Swallows & Amazons to my childhood and we always used to go sailing when we were on holiday. So when we started looking for a site and we found this I could instantly see all these possibilities for that kind of fun, family holiday lifestyle, and building something new that fitted in with that.”

Following an internet trawl, Patrick and Claire came across a derelict bungalow on the edge of Wroxham Broad. The house, which was literally sinking into the water, had twice failed to sell at auction and offered the perfect chance to be replaced with something fresh and contemporary.

Having bought the old bungalow, it was relatively simple for the Michells to convince the planners that they should be allowed to build a bespoke, modern home with echoes of vernacular boat sheds and Broads chalets. But there was a host of other logistical challenges to solve, including a narrow access track with weight-restricted bridges, as well as the waterlogged site itself.

“We were instantly won over by the location, which is really quite idyllic,” says Patrick. “But it was very wet. The bedrock is about 10m down and the top 4m is just peat, which shrinks and sinks. Our engineer described it as reinforced water and it has zero load-bearing capacity. So we had to use steel-cased piles, banged into the rock layer.”

Once the piles had been installed, they supported a steel framework for the house, plus the timber used both to clad the building and to make the adjoining decks that extend to and over the water. All the materials needed to construct the house came in either by barge or by van, ready for assembly by local builders.

“We really had to think about the logistics, and the piles alone took a long time to set out,” says Patrick. “The design itself took inspiration from chalets and boat sheds, with its pitched roof-line and red cedar shingle cladding, but we also wanted to create a veranda looking across the water, and have this outdoor room where we could really enjoy the setting and being outside in the fresh air.”

Claire helped plan the way the house would work for the family, with an open kitchen and dining area at the centre of the house. It leads to the semi-sheltered veranda, separated by a wall of floor-to-ceiling glass, which frames the views. This easy flow from inside to outside was one of the key elements of the project.

“We had a lot of conversations about the kitchen and dining area and how it would work,” says Claire. “It took us time to work it through, and then we decided to design a custom bench alongside the dining table – which was made by my father – and that helped to anchor the space and meant we didn’t have too many chairs floating around. Those are the kinds of things we did together.”

A big sliding door opens to the double-height sitting room where Tom Dixon ceiling lights float like satellites in the open space. A fireplace in a custom-built unit partially separates a library to the back. The effect is a welcome balance between open space and intimate escapes.

“Having those retreats was important to me,” says Claire. “Contemporary architecture can be cold so we wanted spaces that are comfortable and warm. The children love that library den because you still feel part of things but you have your own special space.”

The other side of the house has two bedrooms on the ground floor, and two upstairs, accessed via a spiral staircase in the hallway, which also serves as the main entrance. It’s one of a series of bespoke elements, but there’s also a blend of design classics and high-street gems among the mix of furniture and lighting.

The family’s favourite spot has to be the veranda, facing the channel to the Broad and looking across the neat pontoon, where Patrick and Claire moor their canoe. “We’ve found that the veranda works really well all year round,” he says. “Even when it’s raining, you can be out here looking out at the Broad and the whole place fizzes. The relationship between the veranda and the kitchen also works really well. A friend came to stay with us the other day and compared it to a kind of command centre or ship’s bridge. It has that feel to it.” 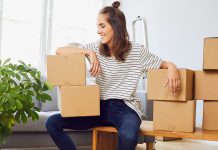 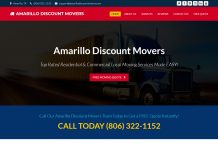 Don’t back down on LGBT guidance, faith leaders urge DfE

How we live together: the single parent who moved in with...

The Difference Between Mom Brain and Man Brain

Guide To Decorating Your Living Room

How to buy and set up a tall cold frame

March 9, 2019
We use cookies to ensure that we give you the best experience on our website. If you continue to use this site we will assume that you are happy with it.OkPrivacy policy